Situated at a central location in a prime business hub in Mumbai, IMMAST boasts of a world-class infrastructure spread over 12,000 sq. ft. The state-of-the-art facilities and ultra-modern equipment at IMMAST make it the most advanced center in the country that not only promises to elevate the skills of the medical professionals & health care team, but also gives them the confidence and motivation to embrace, practice and master the art of Surgery and Medicine.

With over 300 national and international eminent faculty with comprehensive clinical experience and expertise, IMMAST is committed to ‘teaching a doctor’ & not just demonstrating a procedure. IMMAST has the highest Faculty : Participant ratio and thus offers the promise of personalized attention from the masters. The faculty members at IMMAST have international stature, with extensive number of patents and numerous publications in scientific journals the world over. They come from different institutional set ups viz. Government Medical Institutes, Teaching Hospitals, Corporate hospitals etc., thereby further strengthening their vast knowledge & experience pool. The pride that faculty take in teaching at IMMAST is the driving force behind our success.

The Course Design & Training imparted at IMMAST ensures knowledge sharing by experts, and all-encompassing courses make IMMAST one of the few centers globally, to focus on procedure and not merely product-based training. Our trainees are trained on close-to-life models that hold animal tissue and perfectly mimic human anatomy, including pulsating vessels. Trainees learn by performing procedures on both ex-vivo and in-vivo animal tissue.

Through more than 50 different structured learning courses, IMMAST offers the complete gamut of Basic to Advanced levels of learning, and some beyond the field of medicine & surgery – unconventional yet contemporary courses viz. Medical Writing, Cognitive Skill Development in Surgery, that are conducted by renowned surgeon from India & overseas. At IMMAST, the unique Medico-legal session is one of the most engaging sessions that promises a sound guidance and knowledge sharing for our participants. IMMAST is the only centre in India to offer training in both flexible and rigid endoscopy. Doctors are taught exact do’s & don’ts, tips & tricks, in a non-judging free-exchange environment.

The core strength of IMMAST is its autonomous professionalism, the unique ingeniously created, indigenous training simulators, and its outstanding Faculty, drawn from all over India. At IMMAST, we offer the promise of not just providing the top-class courses in Surgery & Medicine, but also support our International and National alumni with life-long practice sessions & ongoing advice from the respective faculties. 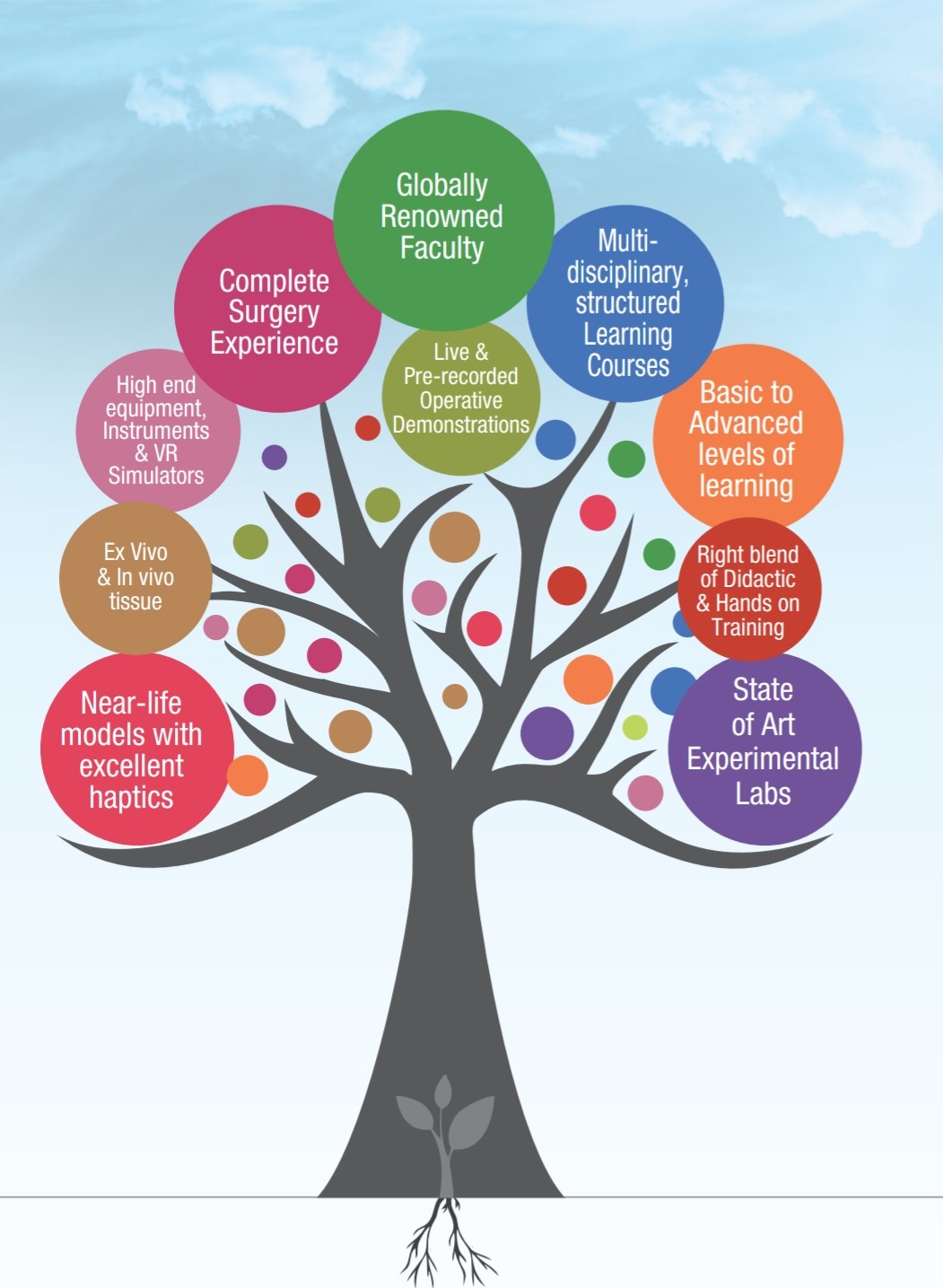 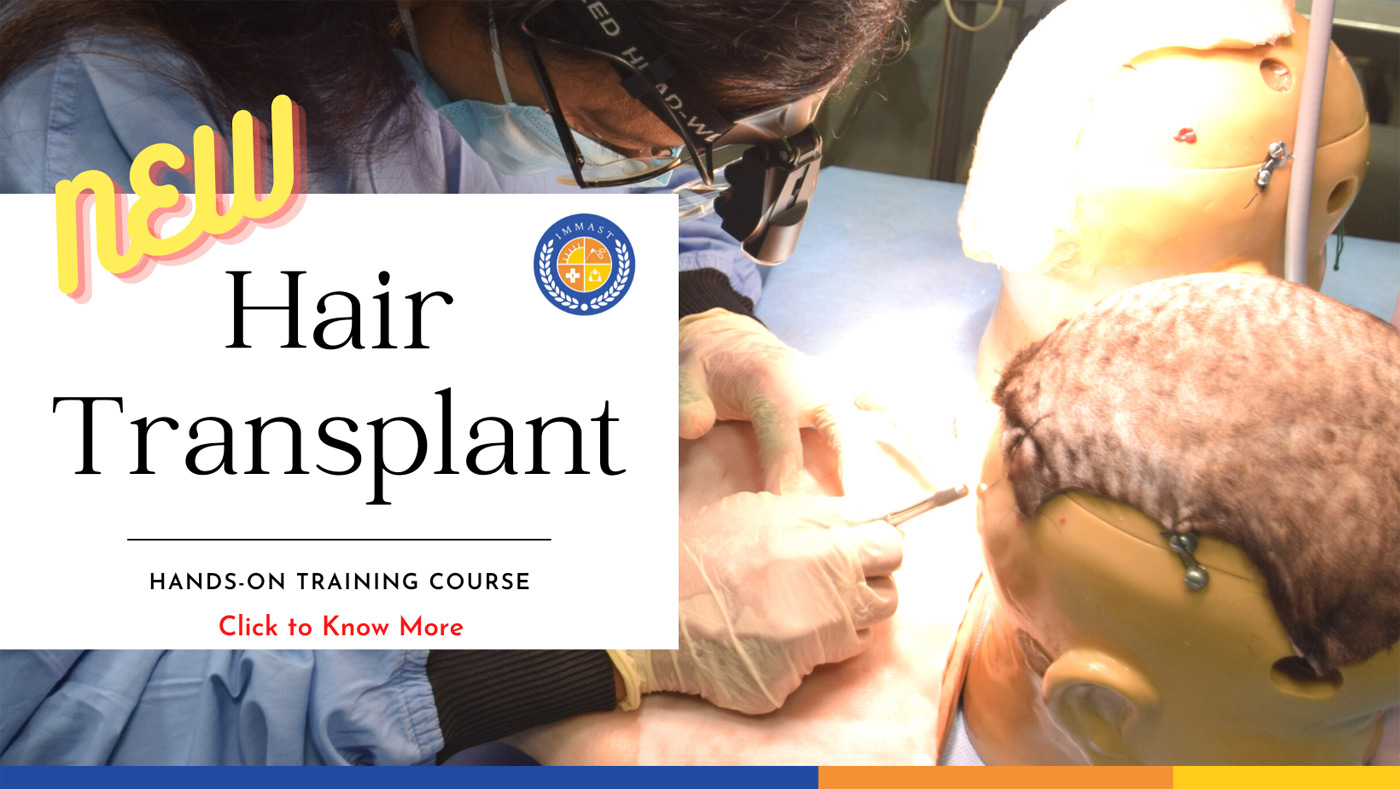 Dr. Ramesh M. Punjani is practicing surgeon since 1986. He is doing laparoscopic surgery since 1996.    He has done thousands of general and laparoscopic surgeries till date. He has 8 years of teaching experience in K. J. Somaiya Medical College, Mumbai. He is on faculty for training other surgeons in Basic surgical skills as well as Minimal Access Surgeries (MAS). He has a passion for Robotic Surgery.

Laparoscopic Hernia at USA, with

He is also credited with numerous original publications and book chapters. His laryngotracheal mold (Monnier’s LT mold) has been a path breaking contribution in the field of compromised airway. A true master of surgical inventions and innovations, Prof Monnier travels extensively all over the world lecturing on various airway pathologies. His book on Pediatric laryngotracheal stenosis is considered as an important reference in the airway literature. Presently, Philippe Monnier is Professor Emeritus at the University of Lausanne.

Dr Mahesh Goel is a Professor of Surgical oncology and is the chief of hepatobiliary surgery at the Tata Memorial Hospital, a premier cancer hospital in India and Asia pacific region, since 2010.

He has special interest in resectional surgery for liver tumors and gall bladder cancer and has performed more than 500 resectional surgeries for Liver tumors and more than 750 surgeries for gall bladder cancer in the last 5 years. He has performed the first Robotic radical cholecystectomy and robotic liver resection for cancer in India and has maximum number of Robotic hepatobiliary oncology surgery to his credit in India.

He has more than 50 published papers in indexed national and international peer reviewed journals. He has been invited for several lectures in India and abroad and has contributed to numerous book chapters.

Mr.Krishna Menon is a Consultant Liver Transplant and Hepatopancreatobiliary Surgeon at the King’s College Hospital NHS Foundation Trust, London. He is an experienced laparoscopic HPB surgeon having performed major laparoscopic liver including major hepatectomies, complex non-anatomical liver resections with a major interest in primary hepatocellular carcinoma (as primary treatment and bridge to liver transplant). He has also had a vast experience in laparoscopic pancreatic resections having performed the first total laparoscopic pancreaticoduodenectomy in the UK in 2005.

Mr.Menon’s research interests have been related to liver and pancreatic cancer and has over 90 peer reviewed publications and over 200 presentations at National, European and International meetings. He is the Educational and Training Lead for Liver transplantation and HPB surgery at King’s College Hospital and also the National Councillor for Liver Transplantation on the British Transplantation Society.

Dr. Neeta Warty MD DGO is a World Renowned Gynecological Endoscopic Surgeon. She is Director of Sanjeevani Endoscopy Centre, Mumbai and is associated with Jaslok Hospital, Breach Candy Hospital and Hinduja Healthcare Surgicals. She is a visiting Gynaecological Endoscopist at Zulekha Hospital, Dubai.

She has developed the Laparoscopic Sling Surgery for Uterine Prolapse and her work is recognized in Shaw’s Textbook of Gynecology. This also won a place in the innovative surgeries at Montreal ISGE. Recently she has developed a technique for robotic unification of Didelphys uterus.

She is a FOGSI Corion Awardee for her pioneering work in Laparoscopic Reconstruction of Bicornuate Uterus. She has the unique distinction of having demonstrated this work at the University of Basel, Switzerland.

She also specializes in removal of Large Fibroids for which she finds mention in Limca Book of Records and Guinness Book of World Records.

As recognition of her pioneering work, she has been nominated as the India Representative of the International Society of Pelvic Surgery, Cologne, Germany.

Having passed her Masters from Mumbai University, she has received her formal training in Laparoscopy from Friedrich Schiller University, Jena, Germany and worked with stalwarts in the field of Laparoscopic Onco-Gynecology like Prof. Schneider and Prof. Marc Possover. She has also trained in Laparoscopic Oncology at Whipps Cross Hospital, UK. She has received training in Robotic Laparoscopy from Dr Puntambekar, Pune and also from Dr Choi Gyu Seoug, Korea. She performs Robotic surgeries at Galaxy Care Hospital, Pune.

Has more than 174 presentations to his credit, 8 publications, 2 patents

One of the pioneers in Arthroscopy & Sports medicine. Dr. Anant Joshi brings in 30 years of experience in this field. He travels and operates across the length and breadth of India and has been associated with numerous sports bodies as a medical consultant.

He is an avid sportsman himself and often cycles to work.

Several Publications in Indexed National and International JournalsConducted basic research in Urolithiasis and Interstitial Cystitis.Participated in trials on use of newer modalities in Endourology.